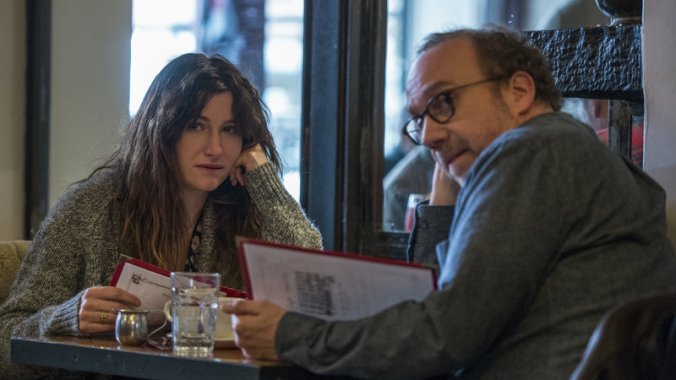 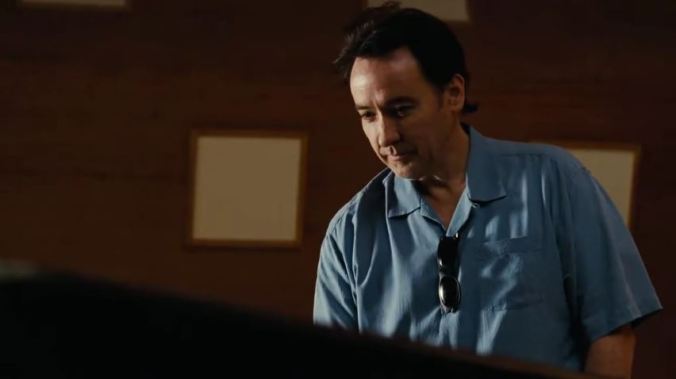 John Cusack in a scene from Bill Pohlad’s Love & Mercy.

“[Director Bill] Pohlad doesn’t succeed at an entirely tonally consistent or fully successful biography, but the way he goes about most of the film shows artistic passion and the results of a compelling collaboration.”

END_OF_DOCUMENT_TOKEN_TO_BE_REPLACED

You know what’s going to happen.

“As one of the people at my screening said as the end credits rolled, ‘I enjoyed it, but it was absurd’.”

END_OF_DOCUMENT_TOKEN_TO_BE_REPLACED

Two of the more well known adaptations of William Shakespeare’s Romeo and Juliet are Franco Zeffirelli’s 1968 straightforward classic, and Baz Luhrmann’s 1996 hyperkinetic modernization. They are both very good in their own respects, achieving their goals with ease. There have of course been many others, but no one really thinks of them when considering movie versions of the story. I feel like this, Carlo Carlei’s 2013 film, is destined to join them. This is a dull, unnecessary movie. It doesn’t have many new views on the story: it’s set in period Verona, which means nearly everyone has a stuffy upper-class British accent, and it essentially follows the storyline of the play to a tee. It attempts to be original by having screenwriter Julian Fellowes (creator of Downton Abbey) changing up much of the original dialogue with modified dialogue that sort of sounds the same, usually in the interest of shortening things for time. Unless you’re really paying attention, you don’t particularly realize any major differences, and when you do, you realize how awkward it is. Because I doubt that anyone literate enough to open this page wouldn’t be familiar with the plot, I’ll just start my review now.

END_OF_DOCUMENT_TOKEN_TO_BE_REPLACED

Going into Parkland, a movie about experiences that occurred on November 22, 1963 and the days following, I wondered if it would spend a lot of time on conspiracy theories regarding the assassination. What was received was the opposite of my questioning – it is never addressed. While this is good for the sake of preserving history and accuracy, it also ensures that the film is largely uninvolving and sometimes boring, especially after a fairly tense first 45 minutes have passed, featuring the goings on at Parkland Memorial Hospital. (It’s interesting how the same building in Texas could be the place of death of three central figures around this event; John F. Kennedy, Lee Harvey Oswald, and Jack Ruby. The movie never addresses the third person, but whatever).

Parkland is based on a book by Vincent Bugliosi (the lawyer who prosecuted Charles Manson), and there’s a relatively wide array of people examined. Charles “Jim” Carrico (Zac Efron) is the young doctor who is frozen in terror when the stretcher comes barreling into the ER. Marcia Gay Harden plays a head nurse. Colin Hanks plays Malcolm Perry, who performed a tracheotomy on the president in the initial minutes of the motorcade’s arrival. Curiously, there are a handful of characters that have nothing to do with the building the film is named for, including Abraham Zapruder (a very good performance from Paul Giamatti). Oswald is portrayed by James Badge Dale, his mother by Jacki Weaver, who went to the grave proclaiming her son’s innocence. Billy Bob Thornton plays a Secret Service agent, Forrest Sorrels. The fact of the matter is that the title is incorrect. The book is called Four Days in November. That works a lot better.

Film Racket recently ran an interesting piece by Mike McGranaghan, which makes the convincing argument that movies based on true accounts and events should feel free to take liberties in order to create a better product. I think it’s admirable for Parkland not to diverge from the confirmed line of events that occurred, but part of what makes movies exciting, such as this scene from Oliver Stone’s JFK, is willingness to examine ideas not necessarily true.

Parkland is unfulfilling. After 93 minutes, it leaves the viewer with a sense that there’s a lot more that was never tapped in to. The impact and legacy of the assassination of John F. Kennedy is fairly large, and it is worthy of, and receives, movies better than this. Despite a few strikes of originality in its format, Peter Landesman’s film is just not that memorable for a number of reasons, with only a handful of notable acting moments, a dareless score from James Newton Howard, and the legally required existence of old news footage. It’s also just far too jumpy for its own good, and leaves an unclear sense of what it was aiming for, and what should be learned from it at the end. We have an array of events presented to us, and then it moves on. What was the point? I like Parkland’s idea to look at the assassination from people outside of who you might suspect, but otherwise, it’s a slightly modified history lesson. 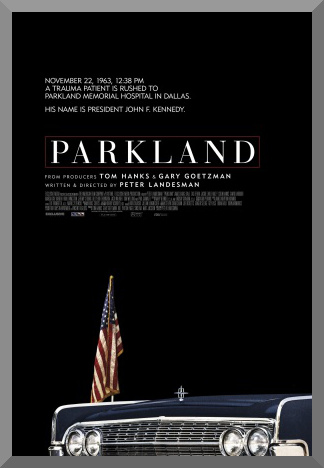