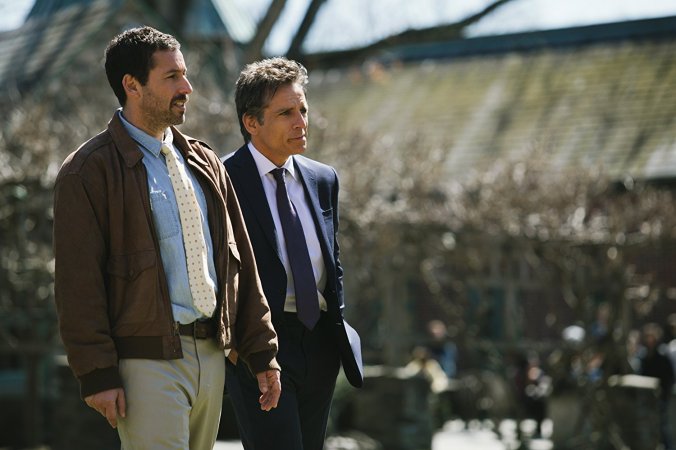 Adam Sandler and Ben Stiller in a scene from Noah Baumbach’s The Meyerowitz Stories (New and Selected).

“The script is too concerned with momentary successes and symbolic releases.”

END_OF_DOCUMENT_TOKEN_TO_BE_REPLACED

When we first meet him, you can’t help but feel bad for Walter Mitty (Ben Stiller). He doesn’t believe he’s accomplished anything noteworthy. He lives in a cramped apartment. He’s not outgoing. He’s bored. To escape his life, he’ll often stare off into space and conjure up grand tapestries of a world where he is confident, focused, and brave, getting what he wants while taking down those who are against him. However, his constant imagination often affects his communication skills. This lack of focus proves dangerous when Life magazine, where he’s worked with photo negatives for sixteen years, downsizes to an online operation, and leaves poor impressions with Ted (Adam Scott), the manager in charge of choosing the employees for the company to keep.  END_OF_DOCUMENT_TOKEN_TO_BE_REPLACED