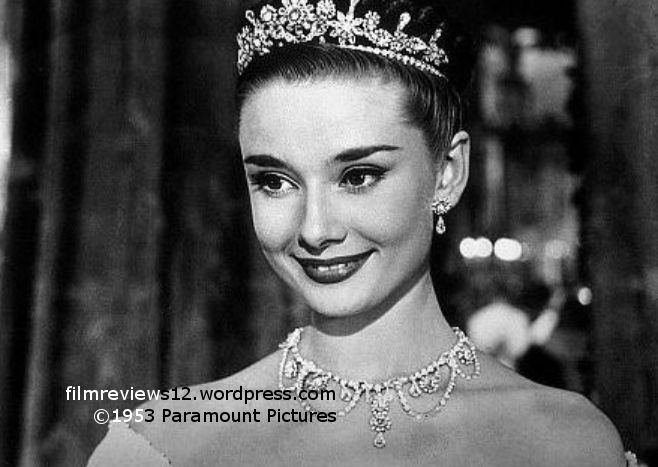 Roman Holiday is the loose, light movie to end all loose, light movies. It is the polar opposite of the movie that would bring director William Wyler back to Rome a few years later (Ben-Hur), but both are very good films. This is the story of Ann (AUDREY HEPBURN), the princess of an anonymous European country who is visiting Rome. She is tired of the micromanaged life of a scrutinized public figure, and wishes to enjoy herself away from her overbearing advisers. One night, she sneaks out of her bedroom and into the world.

She is very drunk by the end of the evening, and is found by an American journalist, Joe Bradley (GREGORY PECK), who was scheduled to interview Ann, but cannot (the palace, claims that the missing princess is sick and therefore cannot make public appearances). Upon discovering that his impromptu house guest is indeed Princess Ann, he decides to show her around Rome, where she may feel like a regular person. (And also making sure that no one figures out it’s her, as well).

John Dighton and Dalton Trumbo wrote the script. Trumbo was on the Hollywood blacklist at the time, so he had friend Ian McLellan Hunter take the co-writing credit for him (Posthumously, Trumbo’s name was reinstated to the film and the Academy’s records). The screenplay is airy and amusing, never feeling too imposing or too dissatisfied. Wyler, who was a notorious stickler for details and a perfectionist, probably didn’t enforce a lot of that here with this low-impact film. (Or maybe he did, but he was able to make it look so seamless it just seems that way).

Gregory Peck had been looking for a softer film to appear in, and at least he picked one where he could both display his acting talents and one without a brain-dead story (the direction that most romantic comedies over the years have sadly taken, of course). This was Hepburn’s motion picture debut in a lead role, and her performance here allowed for early and positive display to both perspective talent agents, filmmakers, and the public in general.

Roman Holiday has a bittersweet ending, and that’s for the best. After spending the previous two hours in a state of near-constant pleasant moments, an equally pleasant ending may have done nothing more than be trivializing. I respect the move to do so. The way it is presented makes it both justified and identifiable.

This is a movie that is both entertaining, undemanding, and respectful to the intelligence of its audience. Perfect for watching it alone or in the company of other(s), Roman Holiday is a classic of 1950s American cinema, romantic comedy, and the genuine want for pure entertainment, never dumbed down. 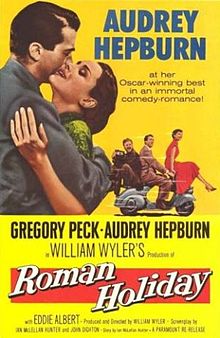