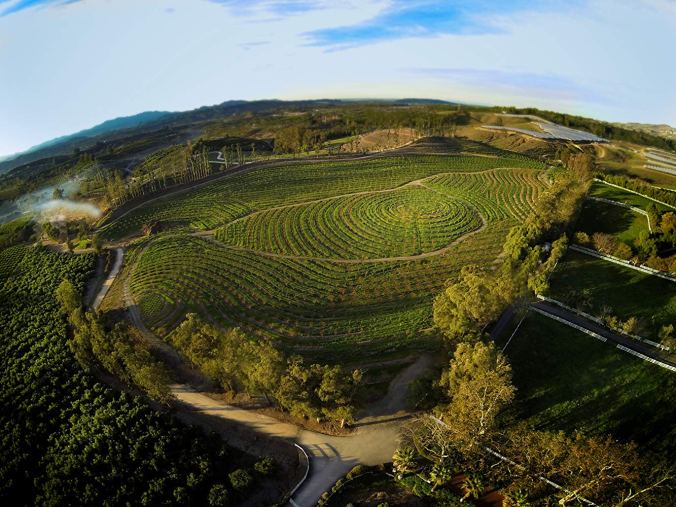 “It’s not that the movie grows especially tiring, but rather that there’s an impression that information is missing.”

When we meet John and Molly Chester, we can hardly imagine two people who might dream more about living and working on a farm. He is a photographer who works with animals, and she is a chef who specializes in organic cooking. At the start of The Biggest Little Farm, a documentary directed by John, they have begun to undertake the considerable project of renovating a large stretch of farmland outside of Los Angeles, which they model after the rolling farms of many a children’s book: animals of all kinds, crops of every variety. Of course, the problem arises that while they’ve spent a lot of time thinking about what their farm would look like, and have enough time and money to assemble the infrastructure and hire a team of workers to assist them, they don’t actually have much agricultural experience at all. Their awakenings are rude and fast, as their idealistic plans to reinvent themselves in this new rural setting are quickly brought to a thudding reality by the innumerable considerations that actually come with owning a giant farm: pest infestations, caring for their animals, and hunting down roaming coyotes are only a few of the largest problems that present themselves throughout. The movie’s concept is certainly interesting, and there’s something to be said about allowing one’s own narrative of crashing overoptimism to play so heavily into it (little is done to hide how underprepared the Chesters are from the get-go), but the larger questions and ideas that it strives to touch upon are often left a little too out of reach.

The moment-to-moment feel of the documentary is almost startlingly crisp. From strikingly clear, close-up nature footage; to roaming drone shots; to gentle animations that accompany many of the Chesters’ voice-over narrations detailing specific anecdotes or ambitions, the consummate professionalism of the film is never in doubt. It’s roundly engaging, and when it comes to the process of both the couple’s  personal journey and the actual technical and logistical details of running this farm, fairly informative. The Biggest Little Farm is comprehensive in that respect, and the smaller anecdotal components – such as attending to the care of a sick animal, or the aforementioned coyote incident – do demonstrate lessons learned and wisdom gained, and are quite interesting and well-placed. Where problems arise is what it all means in the collective – efforts to lump the events of the movie into a more accessible tale seem elusive, because the scale and access afforded to the Chesters in putting this together pretty much limit things to the farm itself. We’re surrounded by the vastness of the project, and observations about individual human efforts or the difficulty of living with nature’s power are components, but not the encompassing morals that the film wants them to be. It wants to be more “relatable,” for lack of a better term, than its rather specific approach to its subject matter suggests.

In other words, it’s the experiences and human reactions that John, Molly, and their associates go through that truly connect with us, and not necessarily our ability to understand exactly how this momentous undertaking came together on a foundational level. Much like the storybooks that they refer to, there’s little detail on the peripheries, leading The Biggest Little Farm to be something of a blank slate. It’s not that the movie grows especially tiring, but rather that there’s an impression that information is missing. If it should be a more surface-level piece of broad infotainment for the Chesters’ farm, then it would have succeeded on that level, but it’s apparent that it’s striving to be more aspirational than that. These are interesting people who go through a journey that is, at times, grueling and demoralizing. They face the existential nature of the elements in ways that they might have acknowledged in the abstract, but are overwhelmed by when it happens. They are seeking the path to long-term success, and seem to have found it. That’s all well and good, but the moments where we see something bigger at play, such as a sequence which bookends the film, in which they must quickly escape an encroaching wildfire, are more often mere flashes of something that isn’t really expounded upon. What’s here is decently assured, but sometimes, it’s just that.