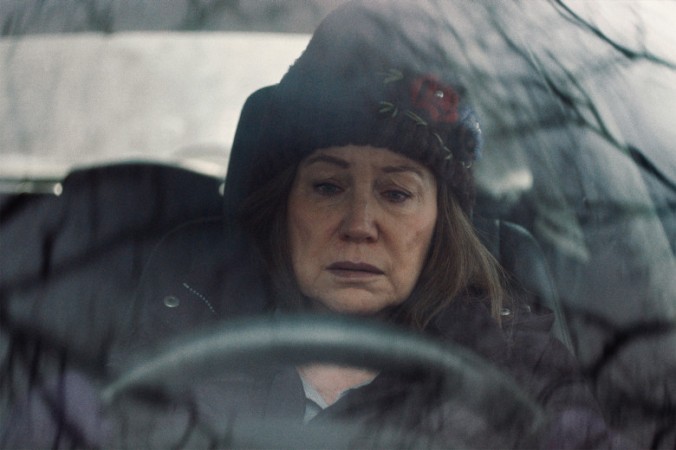 Mary Kay Place in a scene from Kent Jones’s Diane

“There is a texture of deliberation to the movie that is just so important; an attention to detail in every sense that is captivating.”

What’s most evident about Kent Jones’s Diane is its quiet, observational ability. It moves in and out like the flow of life itself, or perhaps more accurately, like a stream-of-consciousness: recollections crisscross with the present, imagery from dreams and imaginations come rushing through, and though the film does not adhere to a basic linear pattern because of this approach, at its best, we understand and follow its emotional track on deep levels. Central to this effect, aside from Jones’s assured direction to this end, is fine work from Mary Kay Place in the title role. Diane is a woman who has lived an often-difficult life, and we see many new and pre-existing issues present themselves in the film. Long retired, she hopes to dedicate most of her time to her volunteer work, but numerous personal challenges have been taking up mental, physical, and emotional space. Many of her friends and relatives are in old age, ailing, and dying (this is a film of many funerals), and she also must contend with the unstable relationship she has with Brian (Jake Lacy), her adult son who struggles with a longstanding drug addiction. Episodes from her past compound with the difficulties of the future, and though many characters and events are introduced throughout, the film is a rich study of Diane specifically. Place’s careful acting, by turns internalized and expressive, is marvelous in leading the movie between its studious examination of events and haunting delivery of emotions and mood.

Jones has a clear interest in playing at the boundaries of perception and observation. Much of the fascination of Diane is working through the complicated network of ideas and thoughts that swirl through Diane’s mind, watching as the multifaceted levels of stress take their toll, and letting the passage of time not be marked by specific chronological checkpoints, but rather through letting us adjust to changes, even sudden ones. It’s in this that Jones has a mastery of even the most abstract conventions of information, and perhaps, as a result, the film is weaker when it slides into generic storytelling in its later acts, with the clunky runs of dialogue and exposition that come with it (though Place is more than apt to unify the entire project behind her sturdy acting). Personal journeys of belief, grappling with death, examining the past, and reconciling the present and future are all elemental here. Jones is more than able to convey that, and any subsequent attempts at making it more obvious seem out of place. Diane is a compelling character, whose efforts to search for understanding and a place to understand are alone a great source to tell a story from. It’s hard to acknowledge the unanswerable questions and unhappy turns that we all confront. Characters confront this in ways that change over time, and sometimes in ways that contradict with others. But it’s in that realm of the unknown that the film actually finds its greatest sense of achievement and understanding.

Diane is, despite its considerable time scale and cast philosophical scope, a delicate balancing act of a movie. The aforementioned, unfortunate moments when it tends towards the middling center of character pieces, which base everything around “big” moments that have to change something, serve as evidence of how easily the entire film could have moved in that mediocre direction. It’s only when we’re allowed to take everything in our own, from the performances, to Wyatt Garfield’s deft and graceful cinematography, to Jones’s willingness to let questions and ideas hang in the air, that we are the most invested and moved. This is his first fictional feature, but he has been a fixture of the American film community for decades (before moving into filmmaking, he was a noted critic). His experience and expertise in many fields of cinema is clear, and he brings something different to the otherwise well-trodden indie drama subject matter of grief, dysfunctional families, and the march of time. Instead of only telling a story about these ideas and themes, he presents a work that lives and breathes it in ways that demonstrate a fundamental understanding of how we as humans synthesize sensations, memories, and events. It touches the senses and engages from there. And it’s then when we can catch the greatest glimpse of Diane’s journey and her current struggles, all captured and communicated through Place’s staggering performance. There is a texture of deliberation to the movie that is just so important; an attention to detail in every sense that is captivating. Though it can be translucent or pensive, it is ultimately rewarding.