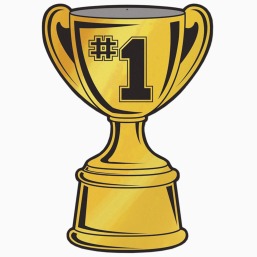 You can’t say that 2018 was a particularly relaxing year. But looking at the year’s pop culture, it was certainly one that showed how better representation can wield positive results that have clear social value and make a strong mark on the cultural discussion, as movies like Black Panther and Crazy Rich Asians proved. Female directors and/or directors of color were at the helm for many of 2018’s most acclaimed features: from films as varied from If Beale Street Could Talk to Sorry to Bother You, and Shirkers to Madeline’s Madeline, this year took big steps in employing a wide diversity of voices and perspectives in filmmaking. Certainly more work is needed on this front, but it will be exciting to see what more progress can be made in the years to come. As Hollywood Reporter writer Rebecca Sun pointed out, diversity isn’t a passing trend or buzzword: it’s a reality that has simply been ignored for too long. And even though this year has dealt its share of dismaying setbacks for all the leaps forward made, I thought I would use this post as an opportunity to celebrate what has been accomplished on film, and what gives me hope for a brighter future.

More than before, a central theme of the year is understanding that all art is political. When pundits decry the “politicization” of movies or TV shows, it’s an inherently absurd complaint. While 2018 was also a great year for incisive documentaries, you didn’t need to make a nonfiction film to exist within the sociopolitical moment. We all have an obligation to be aware of the deep importance of making our voices heard; grassroots activism and increased engagement at all levels has been the driving force behind the year’s biggest moments, from the March for Our Lives towards the start of 2018 to the midterm elections near the end.

And when it comes to filmmaking, every artist is cognizant of the world in which their work exists, as the very act of creation is to channel their beliefs and concerns into a different, externalized form. To an extent, even family films like Paddington 2 had a political parallel; Indiewire critic David Ehrlich has argued that in this tumultuous era, merely conveying a message of human empathy and caring is a necessary act against reactionary politics.  My favorite films of the year are from many genres, and vary greatly in content and style. However, all of them offer vital observations on aspects of society and culture in some capacity, whether it be indirect and discreet, or a central theme of its very existence (see the juxtaposition between #2 and #1, respectively, for what I mean).

So, without further ado, here’s the list itself. I’ve ranked the top 10 and listed five honorable mentions in alphabetical order. If you’d like commentary on why I picked my top 10 choices, I’ve written a feature highlighting these films for Film Pulse, the other website where my writing regularly appears. Unfortunately, I wasn’t able to write full reviews for all of these wonderful films. But by listing them here, I voice my strong endorsement of each of them, and I hope you’ll seek them out.

And there you have it, my final impressions on the year in movies. After an exhausting twelve months, it’s finally time to close the book on 2018. Onwards, and hopefully upwards, into 2019.