As the end of 2018 approaches, critics everywhere are drawing up lists and countdowns to commemorate the year in movies. While I plan to compile a traditional top 10 list,  I still have a few 2018 releases to catch up on, and so I’m not ready to debut it just yet. However, I would like to take this opportunity to share capsule reviews on five movies from the past year that I didn’t have the chance to write full reviews for, but would strongly recommend seeking out before you fill out your own retrospectives for the year. They’re listed in alphabetical order.

The Cakemaker (dir. Ofir Raul Grazier)
Though it may seem at first glance as if The Cakemaker’s plot is rooted in a particularly uninspired strain of wannabe melodrama, Ofir Raul Grazier, in his feature debut, quickly establishes himself as a name to watch, making great use of his high-concept setup. Thomas (Tim Kalkhof), a German bakery owner having an affair with Oren (Roy Miller), a visiting Israeli businessman, travels to Jerusalem to find closure after hearing that Oren has died in a car accident. There, he begins working as an apprentice under Oren’s widow, Anat (Sarah Adler), herself a baker trying to expand her enterprises. Thomas tries to learn as much as he can without tipping Anat off at exactly how he ended up in Israel; as far as she knows, he’s simply a German expatriate who found work with her. They slowly grow closer, bound together in ways that Anat doesn’t know, and their kinship crosses cultural and professional lines alike (since Thomas isn’t Jewish, most of what he prepares isn’t kosher, and so it can’t be sold at the bakery). Anat, as the constant between the Oren she knew and the side of him he concealed, occupies a vast space of emotions – less religious than much of her family but still admiring of tradition; still freshly wounded by the grief from her husband’s death; and tentatively ready to make new connections. The Cakemaker explores varied themes, moving between the difficulties of reconciling collective beliefs with individual identities, and how the broad human capacity for love so often ends with the pain of loss – but it does so with a succinct and unobtrusive style that keeps it from ever losing sight of itself.

Hale County This Morning, This Evening (dir. RaMell Ross)
Photographer RaMell Ross makes his feature debut in this gracefully austere yet thoroughly astute documentary, examining five years in the lives of two young black men living in the majority-minority Hale County, Alabama. Scenes pass in public and private spaces without remark or commentary, as Ross picks up on the pure observational spirit and languid pace of fellow documentarian Frederick Wiseman or narrative filmmaker Apichatpong Weerasethakul (the latter of whom served as a creative consultant on this film). The usage of title cards with short, thematic sentences, projected briefly over a black screen before the footage advances forward in time, is the most consciously structural that Ross is willing to get from the outset, as he not only tracks the lives of his two primary subjects, but finds valuable slices of life from the broader community. Birth, death, and every life stage in between are viewed from multiple perspectives, carving great poetry out of otherwise mundane aspects of the day-to-day. 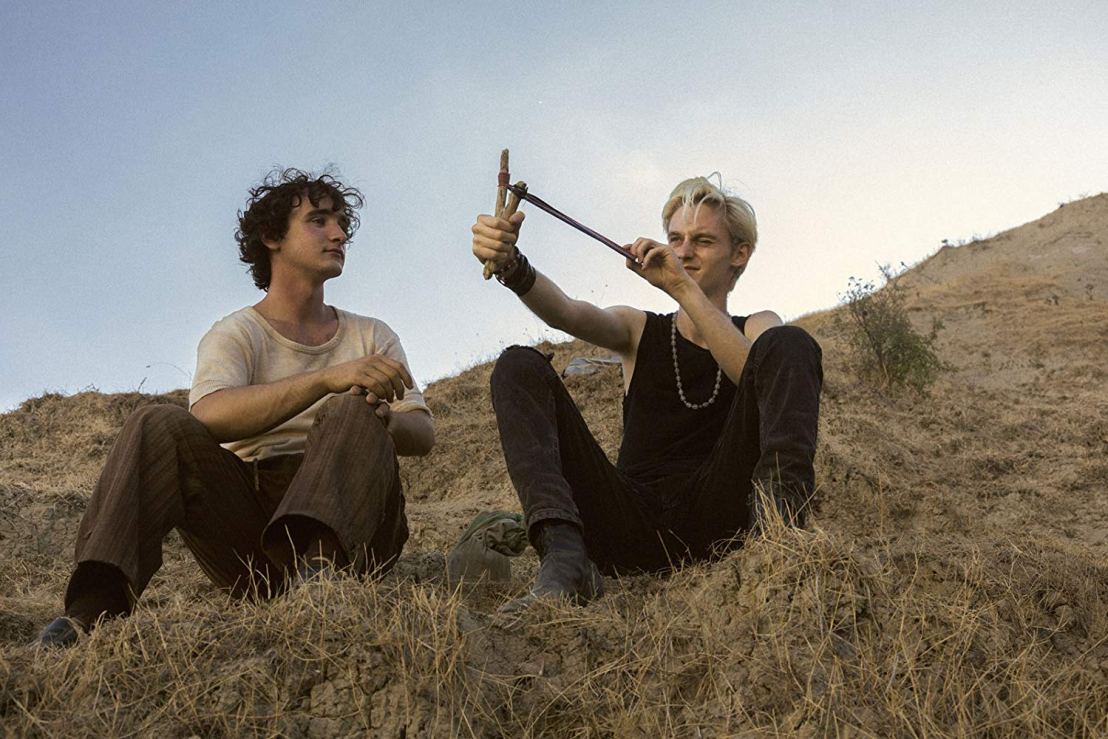 Happy as Lazzaro (dir. Alice Rorhwacher)
A madcap dive through class politics, labor exploitation, and socioeconomic devices, Happy as Lazzaro follows Lazzaro (Adriano Tardiolo), an enigmatic and largely silent peasant living in rural Italy. His life is manipulated by the wealthy landowners and noblemen that control economic activity in the area, but Lazzaro’s deep integrity provides a constant grounding not lost on those around him. Rohrwacher traces Lazzaro as he travels from rural to urban areas, on quests he dutifully executes, even though they’re ill-defined on his end. The more he travels, the more layers the movie breaks through and the more forms it appears to take; a film that begins with nearly documentary-like directness ends with far more elaborate setpieces that liberally use sudden acts of violence and abstract spiritual imagery in quick succession. Shot on soft 16mm film, the movie detaches itself from strict boundaries of what is real and what is imagined in furthering Rohrwacher’s deeply entrenched political symbolism, as Lazzaro’s fundamental goodness is treated by others as a palpable fact, but also one that’s interwoven and shrugged off into the capitalist greed of those with more power and access than him. It’s all bitterly funny and ironic, making use of rustic Italian landscapes and the lyrics of vapid, mass-produced Eurodance hits alike in creating a thrillingly endearing and strange experience.

Notes on an Appearance (dir. Ricky D’Ambrose)
Ricky D’Ambrose isn’t yet a household name even among many cinephiles, but his short films are dutifully robust in their synthesizing of large quantities of context and exposition into single shots. His characters write letters, flip through news clippings, or even have conversations the beginnings and ends of which we’re not always privy to, but the dialogue D’Ambrose does incorporate is always very delicately chosen and meaningful in what we’re meant to infer from it. His first feature, Notes on an Appearance, about a student (Bingham Bryant) studying the legacy of a controversial political philosopher during a period of tremendous social unrest, is startlingly commanding in its singular ability to show us lengthy sets of articles, photographs, or other stationary media, and never really feel staid. D’Ambrose’s camera is locked-down and borderline idiosyncratic. At one point, he films a conversation in a coffeeshop by focusing solely on the tabletop, but his characters’ hand gestures and actions augment their dialogue in the foreground as much as the overhead conversation from other patrons adds to the underlying flavor of the scene in the background. It’s as fascinating a study in an artist’s specific sense of form and structure as it is the content of his storyline, and proves that D’Ambrose can make his away around longer formats without running out of steam.

Science Fair (dir. Cristina Constantini and Darren Foster)
Contrary to the sometimes more abstract or difficult styles of the other four films, Science Fair is a straightforward burst of entertaining, real-life energy. It documents a few of the teenage finalists for a global science fair, with their varied backgrounds (from students studying in well-funded, science-oriented programs to schools in rural, sports-obsessed communities where STEM or performing arts students have to fight to even be acknowledged) serving as a cross-section for how their natural gifts and inclinations are honed in a myriad of ways, whether through dedicated mentors in well-established educational infrastructures, more individualistic self-determination, or a vacillating combination. Constantini and Foster stress that despite the tremendous accomplishments of the students and the remarkable projects they’re set to debut as this international event, they’re still down-to-earth kids, with all their high-set goals and youthful insecurities alike. The teenagers evaluate their surroundings with a refreshing and uncompromised sense of self-awareness, even when the pressure is immense at the science fair itself. And of course, when so much of American politics seems like a competition to ignore scientific consensus as brazenly as possible, it’s reassuring to meet the next generation of scientific innovators in an environment established specifically to discover and reward the best and the brightest among them.

One thought on “BLOG: For Your Consideration – 5 Underseen Movies from 2018”