NOTE: This piece is meant to be read as a supplement to my 2018 Oscar predictions, now live at Film Pulse.

When taken as a whole, this year’s race for Best Picture is as wide open as I can ever remember. This late stage gravitation to a handful of major contenders only occurred well after the start of televised precursors in January. The race appears so evenly matched that through the convoluted process of tabulating Best Picture votes (an instant runoff procedure), could we really be surprised if anything not named, say, Darkest Hour walked home with the prize?

Pundits have focused on three major frontrunners: The Shape of Water, Three Billboards Outside Ebbing, Missouri, and Get Out. The first one leads because of its thirteen nominations and almost assured Best Director win, but lacks a nomination for the Screen Actors Guild Award for Best Ensemble cast, which every Best Picture winner since 1996 has received. The second is favored because of its SAG win, as well as massive success in every major awards show, but the backlash brewing against it could cost it valuable second or third place votes. The third film captures a relevant pop culture moment, but falters when one considers that in the 90 year history of the Academy, a horror movie has won the top prize on exactly one occasion. 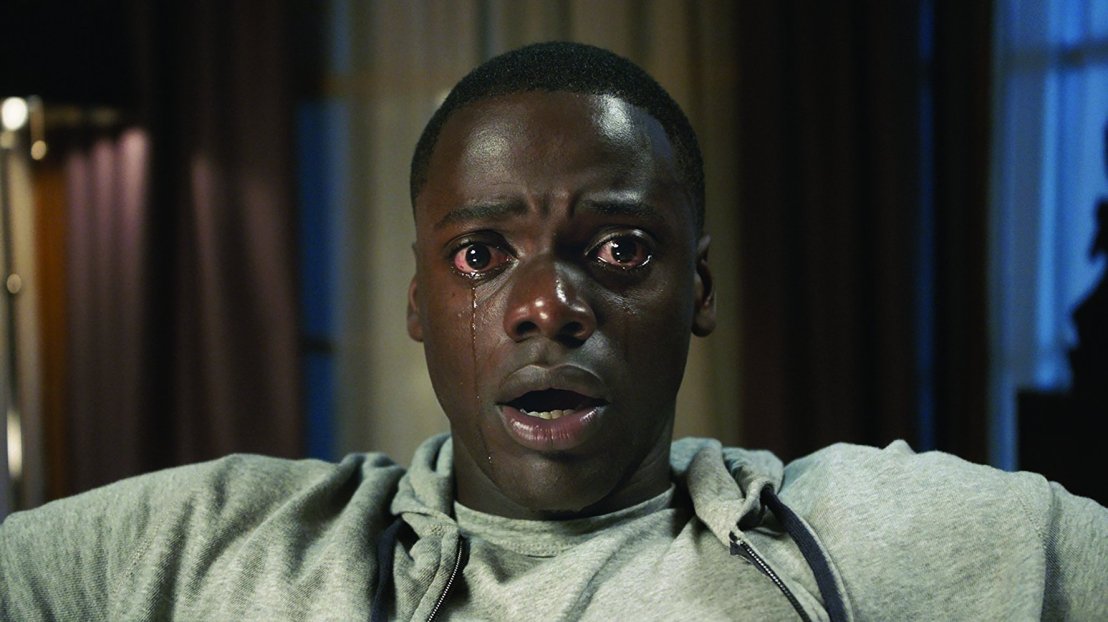 In the last few days of voting, many pundits noticed a sudden burst of enthusiasm for Get Out. Universal, in a furious attempt to capture its first Best Picture trophy in nearly two decades, has painted the town with advertisements. Younger contingents of the Academy – a growing sector of the group in recent years – have responded enthusiastically to the film, and some have indicated that they are placing the movie high on their ballots. Yet they’ve also reported that older voters have dismissed it, calling it too “genre” to be taken seriously. (Could it also be possible that a movie about affluent white intellectuals who aren’t as liberal as they claim is hitting too close to home to the Academy’s gerontocratic Malibu crowd?)

Get Out claiming the prize would be a tremendous accomplishment. Best Picture would actually go to a movie that captured the cultural zeitgeist in the year of its release. For the first time in 26 years, a horror film would walk away with the biggest honor in Hollywood. And at a time when we’re reaffirming the importance of diversity and representation in media, as Black Panther continues to tear up the box office, a story that speaks so forcefully on the modern minority experience would have a coveted spot in movie history. 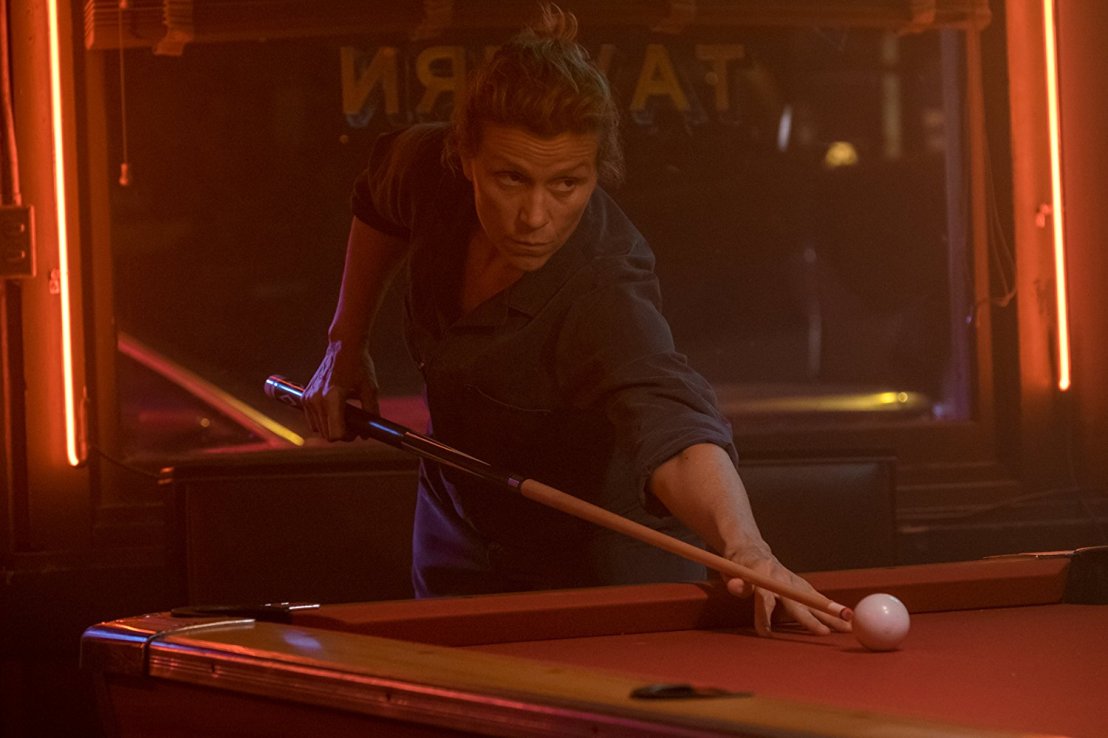 Another contender that tracks the contemporary mood is Three Billboards Outside Ebbing, Missouri. Martin McDonagh’s fiery crime drama boasts bravura performances and captures righteous anger. In an industry moment when women are taking a stand and speaking about their experiences with a broken system, and a political moment when the violent deaths of children are being memorialized through loud and visible activism in place of vapid “thoughts and prayers,” awards voters popping their screeners in at nearly any time this season have been drawing parallels. Somewhat glibly, publicists have branded it a “#MeToo movie,” as it’s hard to deny the power of Frances McDormand’s excellent turn in the lead role.

But Three Billboards has also been subject to criticism. While many have pointed out the slapdash lip service that the film plays to the very real issues of racism and police brutality in American law enforcement, these problems expand in the context of the story due to a larger flaw with McDonagh’s scripting. His characters are more archetypes for snide tragicomic notions than fully realized sketches. They’re humorous vulgarians who turn on a dime if it allows them to spout another quirky monologue. The speed with which the film has been embraced by foreign audiences – from the Golden Globes to the British Academy Film Awards (BAFTA) – speaks to its appeal to non-U.S. viewers as an idea of what middle America might be like.

There’s no doubt that a win for Three Billboards would be controversial, and send the Hot Take machine into overdrive (I would take simpler umbrage, based on the fact that I don’t consider it a very good movie to begin with). But awards are nothing if not vehicles for publicity, and if the producers can spin their victory into a larger argument for awareness and activism, and tie it into the important larger discussions we’re having, perhaps a win here can be argued as civically relevant, if not politically or artistically. (Note that many protesters have already begun using the billboards template for their own causes.)

That leaves The Shape of Water, which on the outset, seems more like an outlier. It’s an extravagantly realized and gorgeous romantic fantasy, set during the Cold War, seemingly far removed from the current topics of our day. But look closer. Guillermo del Toro, almost certain to win the Best Director prize, has crafted a love story about the confluences of a desire to belong, and the acknowledgement of being an outsider. As Sally Hawkins’ mute character falls for Doug Jones’ Amphibian Man, her friends and confidants – Richard Jenkins’ gay, starving artist, and Octavia Spencer’s African-American interpreter – help pull off daring feats in a quest not only for individual fulfillment, but autonomy against a conformist world.

It’s a movie that captures an American paradox, and does so with wit and lucidity. Therefore, it makes sense that it would be made by an immigrant – someone who can see the culture with more objectivity and comparison. Though The Shape of Water uses its fairytale elements to simplify the nature of its plot, with crudely drawn antagonists and their unclear agendas to boot, it’s a film to be admired on its technical achievements, as well as its heart-on-sleeve dynamics, no matter how untrendy that might be. And it’s been embraced regardless, with a leading nod count, and at least a few clear wins. While the fantasy bias runs against it, this is another strong contender for Best Picture, and it’s hard to imagine anyone that would be too upset to hear its name read out on Sunday night. This is a crowdpleasing yarn of inclusiveness and acceptance, with an additional “every frame a painting” look to boot.

All three movies have roughly equal shots, but only one can emerge victorious at the Dolby Theater. Head over to Film Pulse to read my final prediction for Best Picture – one I’m not in any way confident in, but ultimately settled on as having the most marginal of edges. I also have picks on the remaining 23 categories, so there’s plenty more chances for me to have egg on my face.

I’ll be following my usual Oscar night tradition: live tweeting the ceremony from the site’s official account, @filmreviews12, and posting a column recapping my thoughts sometime on Monday afternoon. See you on the other side of this year’s festivities, and may all your envelopes be properly distributed.

BONUS: This year’s Best Picture nominees, ranked according to me: