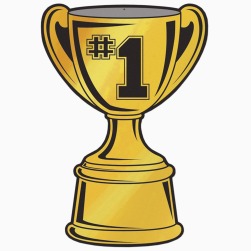 We have arrived at the end of yet another year. As many have noticed, being able to finally close out 2016 and its seemingly endless stream of death, global turmoil, and mass uncertainty, is a satisfaction far more relishing than anyone could have anticipated. One can only hope that next year will bring better fortunes, but we’ll have to wait and see. Regardless of all that happened over the past twelve months, I still find it helpful to use this space and remember all of the great movies that I reviewed this year. Films can provide catharsis, an escape, or any other imaginable emotion. The power of art is undeniable and unsinkable. Right now, that’s an especially important thing to remember.

Note that for a film to be eligible for inclusion on this list, it needs to be a movie reviewed by me in 2016 (either here or at filmpulse.net, the other site where my writing appears.)  This means that movies released before 2016 are eligible, and if I didn’t review a particular film, even if it came out in 2016, it doesn’t count. I’ve done my due diligence this year and made sure to write reviews of all of the best movies I’ve seen in the past twelve months, so they’re all pretty much eligible.

One thing that I noticed this year is that I’ve given out far fewer three-and-a-half star ratings than I normally do. While four-star films are a rare occurrence, and there was only one this year, I usually don’t have much trouble with the classification right below it. I’m not sure if this was because I was a tougher critic than normal (which I don’t think was the case), or maybe that I just didn’t see as many movies that outright wowed me. Nevertheless, I’m still satisfied with this list, and would encourage you to check out any of the titles which catch your eye. Let’s get started.

And now, the top ten itself. Click here to move onto the next page.