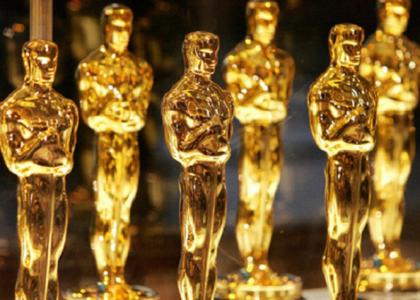 Before we kick things off, let me reprint my yearly awards season mantra:

BIGGEST THREATS: Straight Outta Compton and Steve Jobs
COMMENTS: It’s been a bit of an erratic year, or perhaps it just seems that way because I haven’t been following the race as clearly as I have in previous years. In any case, it appears as if Spotlight continues its path as a semi-safe frontrunner, although The Big Short is coming up quickly. In a particular(ly great) scenario, I could even see The Martian winning the award.

BIGGEST THREAT: Steven Spielberg – Bridge of Spies
COMMENTS: Ridley Scott is a veteran who has made some great films. This could be the perfect opportunity to award him the prize. Thomas McCarthy is in serious consideration because of Spotlight’s status, as is Adam McKay. George Miller could pick up some steam, and Iñárritu could very well get nominated, but can he win just a year after Birdman, his previous film, got so much love? They might want to avoid a repeat.

BIGGEST THREAT: Will Smith – Concussion
COMMENTS: Is this finally Leo’s Oscar year? Who will the Internet campaign for after he gets it?

BIGGEST THREAT: Alicia Vikander – The Danish Girl
COMMENTS: What mars the acting categories this year is how there seems to be confusion between supporting and lead performances. Many performances have been nominated in one category for a particular awards show and the other one for a different committee. For the Oscars, AMPAS acting-branch voters can cast their ballot for a nominee in whichever department they like, adding the possibility for vote-splits and losses for people like Alicia Vikander in The Danish Girl and Rooney Mara in Carol.

BIGGEST THREAT: Michael Shannon – 99 Homes
COMMENTS: At the end of the day, I think this will be between Rylance and Stallone. Of course, I could be wrong.

BIGGEST THREAT: Helen Mirren – Trumbo
COMMENTS: This is an odd category to predict because I definitely could believe that Vikander and/or Mara could end up in Lead, or get lost in the kerfuffle and miss out altogether. In the Supporting Actress slot of “dark horse” nominee, I believe Kristen Stewart in Clouds of Sils Maria will slip onto the list, despite having relatively little buzz or discussion. Right behind her is Helen Mirren in Trumbo. Get used to those names as possible nominees, because if tomorrow morning’s announcement reveals category confusion at epidemic levels, we could see some unexpected contenders.