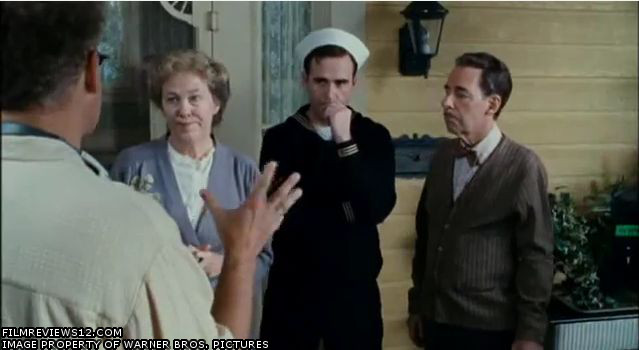 “It’s a film that clearly has the capacity and resources to dig deeper into the ideas it formulates, but it never happens with any real substance.”

Nasty, vicious rumors start with the slightest whisper, and Christopher Guest’s For Your Consideration reminds us that positive ones do as well. Like a presidential election, as soon as one awards season ends, speculation for the next one begins. Screenplays are read, casting announcements are scrutinized, and journalists handicap the race all twelve months of the year. It’s a dizzying thing, and although many may not like it, it’s an integral part of modern film culture. The positive rumor in this movie concerns Marilyn Hack (Catherine O’Hara), a relatively unknown character actress, who despite having decades of roles under her belt, probably couldn’t be picked out of a lineup by the average person. One day, a gossip blogger observes Marilyn’s performance on the set of her new movie, a 1940s-set melodrama called Home for Purim, in which she plays a sickly matriarch, and suggests in a blurb that she might be in the mix for an Oscar nomination.

Now this is very exciting, especially when you consider that this is a movie without a single big name actor – one of Marilyn’s co-stars, Victor Allen Miller (Harry Shearer), despite being an actor with Shakespearian training, is only best known to most people as a mascot in a set of TV commercials for kosher hot dogs. But still, that one article sets off a maelstrom of buzz, which culminates in a trio of quirky actors (Callie Webb (Parker Posey) also becomes the subject of discussion in her part as the lesbian daughter of Miller and Hack’s characters) thrust into a media storm, hoping to hear their names called off by the Academy.

Guest has been involved acclaimed mock-documentaries (mockumentaries) like This Is Spinal Tap (which he co-starred in) and Best in Show (which he directed and acted in). While For Your Consideration is not a mockumentary, it still shares the same kind of fly-on-the-wall camera style, as well as a large cast (many of whom are Guest regulars) improvising most of their dialogue and jokes. The actors are solid, especially O’Hara (when the movie came out in 2006, she was briefly in consideration for, ironically enough, an Oscar nod). Eugene Levy (credited as a co-writer) plays Miller’s agent. Guest, fittingly enough, plays the film’s director. Fred Willard and Jane Lynch appear as hosts of a cheesy entertainment gossip show. Bob Balaban and Michael McKean play Home for Purim’s screenwriters, playwrights alienated by Hollywood’s tendency to radically change scripts for vapid reasons, as evidenced when the president of the studio (Ricky Gervais) suggests “improvements” to them, including a rather interesting title change.

The premise of satirizing the movie business isn’t new (I mean, out of all the branches of the entertainment industry, it’s always felt like there’s been the most to say about Hollywood), but it’s always ripe with potential. Sadly, For Your Consideration feels a bit thin in digging into its subject. While the movie may run at a slim 86 minutes, many filmmakers (Guest included) have proved that short running times can still be jam packed with great material. It’s a film that clearly has the capacity and resources to dig deeper into the ideas it formulates, but it never happens with any real substance, besides a brief epilogue which caps off the film, which following a mostly sympathetic treatment to its characters, feels almost out-of-place. The sudden acidity and morbid realizations of the finale are appreciated thematically, but felt slightly jarring to me, at least.

There are definitely points where the movie’s ensemble cast properly hits its stride, and is able to produce heavily enjoyable and funny stuff. However, it isn’t enough to defer the film’s end result of feeling like there was a large untapped reserve of content within its concept that we never got to see. Comedy is largely subjective, and it is up to one’s individual tastes of whether or not something makes them laugh. For me, I was in search of a more crisp satire than I got, and although For Your Consideration is unquestionably smart and well-paced, there were a lot of moments where I just wasn’t able to fully appreciate what it was going for. 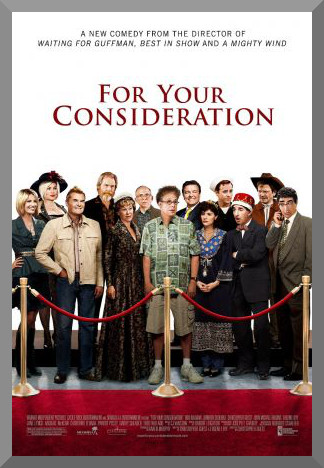