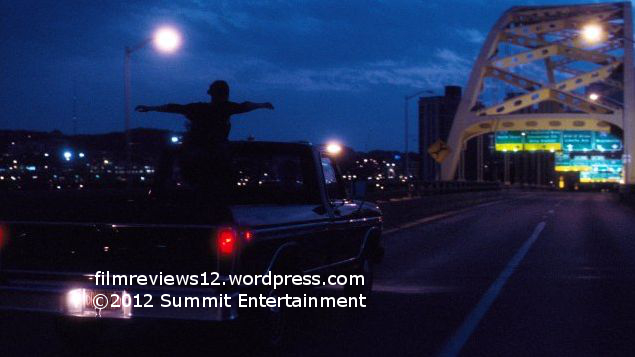 The one thing that we all have in common is that we often feel that we have nothing in common with anyone. The Perks of Being a Wallflower is masterfully directed, written, and acted, all working to examine this truth. While my opinion (and this review in general) may be colored by the fact that I am quite literally in the middle of this movie’s target demographic, I still must say that it’s parts relatable, funny, and tragic – hugely entertaining and entirely worthwhile.

Set in the early ‘90s, we have Charlie (LOGAN LERMAN), an introverted high school freshman, writing about his experiences through a series of letters to an unnamed recipient. He’s always been socially awkward – the only person he really clicks with on his first day is his Advanced English teacher, Mr. Anderson (PAUL RUDD), who has dabbled as a playwright. Soon, however, he is able to find solace in two seniors, stepsiblings Sam (EMMA WATSON) and Patrick (EZRA MILLER). Along the way, they introduce him to friends and pastimes that escape mainstream attitudes or mindsets, from avoiding Top 40 music and being involved in midnight screenings of The Rocky Horror Picture Show.

It’s all well and good on the outside, but as this 102 minute movie progresses, we learn of the rocky pasts and presents of all of our main characters – Charlie begins to unravel a horrific truth about his late Aunt Helen (MELANIE LYNSKEY), Sam reveals events that are only part of an unstable relationship with her family, and the openly gay Patrick has to conduct a relationship in secret with a closeted jock, as said jock would face physical and emotional danger should it become public.

Stephen Chbosky is literally the center of this whole film – he is the director, has written the screenplay, and is the author of the book it’s based on. While a novelist this involved with a film adaptation has the potential to spell disaster, Chbosky handles it in a mature and insightful way, improving the status of the film if nothing else. What’s particularly refreshing about The Perks of Being a Wallflower is that unlike most dramedies I’ve seen this year, the comedy and drama components are not jarringly switched between – there are some laugh out loud moments here, and towards the end it becomes quite dark, but it’s balanced perfectly. The centerpiece of this film is the acting – Lerman, Watson, and Miller are astounding in their roles, bringing characters living on paper for the past thirteen years to life quite easily and impressively. Regardless of the strong adult performances, the trio carries every moment they’re onscreen.

The Perks of Being a Wallflower is a triumphant film. It celebrates things from the power of friendship to the strength of literature, displayed in a subplot where Mr. Anderson privately gives Charlie various coming-of-age classics throughout the course of the year. This is a highly recommendable movie, with nostalgia for those who grew up in the era, relatability for those experiencing similar feelings to the ones displayed, and general entertainment for every viewer of any conviction. 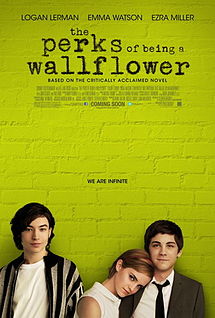 2 thoughts on “The Perks of Being a Wallflower — Review”