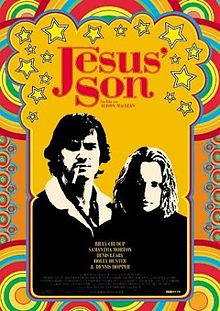 In this dark and seedy vision of drug abuse in the Seventies, director Alison Maclean shows us a glimpse into one man’s life. It’s a life of turmoil, chaos and shadows, and one which even the cleanest of us can identify with in some twisted sort of way.

Billy Crudup portrays the young man who is referred to only as FH (initials for a very discouraging name…the second word is “Head”). His life mirrors the moniker he has earned for himself. He drifts along with no direction, one petty crime following another, feeding his increasing hunger for drugs and alcohol. The cast of characters his life touches is as undesirable as he is. Michelle is the woman he seems to fall in love with. Wayne is a friend he helps to vandalize his own home for the copper wiring so that they can buy the drugs that will kill Wayne. Georgie is the orderly at the hospital where FH works, who steals prescription drugs to feed his own habit. When an overwhelming tragedy hits FH’s life, he begins to turn his life around, first by getting clean, and later by finding redemption in the compassion he finds in himself for others that he once shunned. FH’s life, once a descent into despair and death, in the end becomes his own rebirth into another more promising one.

While the film remains dark throughout, and while Maclean paints a disturbing picture of this young man’s life, Jesus’ Son is beautiful in its brutal frankness. The images are not pretty, and the situations the characters get themselves into make our skin crawl. Yet there is always the promise of something better, and the hope that we feel that this person will someday come into his own is rewarded in the end as he walks proudly and happily into the sunset, a poetic end to a circular story. It’s a fascinating tale, filled with dark humor and brimming with sardonic angst. The acting, while mechanical at times, was also shot throughout with flashes of brilliance. Billy Crudup gives his all to the part of FH, and the supporting cast is also quite good, with standout cameo’s from Dennis Leary, Holly Hunter, and Dennis Hopper. I enjoyed the film thoroughly.

Now, all that having been said, let me tell you a little story.

I came home from work one day in the fall of 1998, and there’s this squirly little guy with a megaphone telling me I can’t park my car on the street in front of my apartment. Now, I’m thinking, who the heck is this guy? So I called the police. They verified that they had every right, because they were filming a movie in our little town of Pitman, NJ. I got very excited, and I moved my car. They kept us up until at least 4:00 AM with their lights and loud bustle, but we didn’t care. Our town was going to be in a movie! Later we found out that this film was called Jesus’ Son, and that Dennis Hopper and Holly Hunter were in it. Even more exciting! They only filmed the one night, but we waited with baited anticipation until the film was released. Then we watched it very carefully, thinking one night of filming was probably only going to equate to a minute or two on the screen. We watched. We scrutinized. Then the credits started rolling, and it hit us.

Pitman ended up on the cutting room floor.